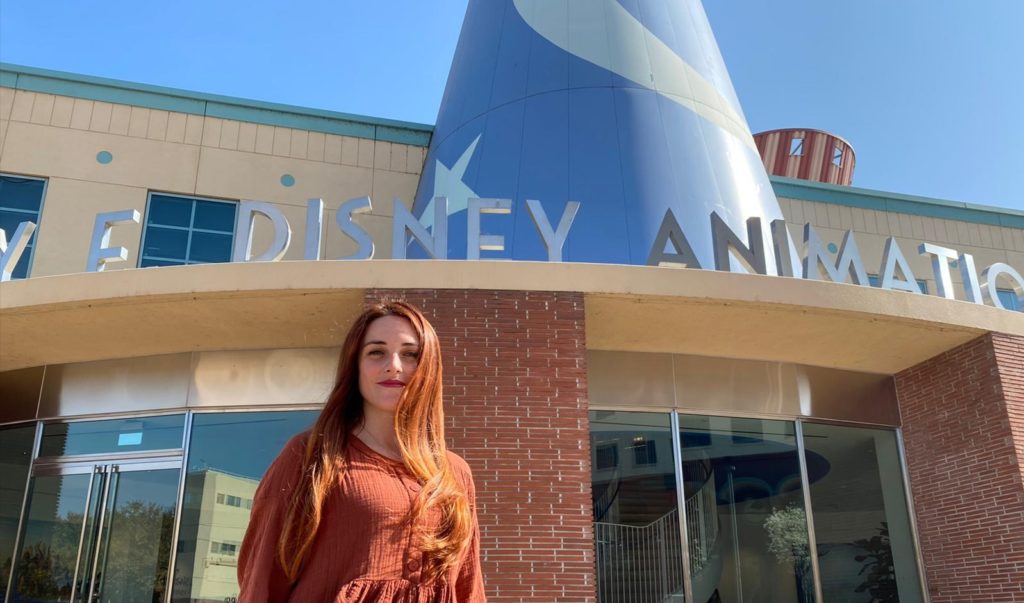 Paula Benedicto is a character animator, currently working for Walt Disney Animation Studios. She studied our M.A. in 3D Character Animation some years ago, and now she is happy with what se has accomplished. Nowadays she is working for her dream company doing what she loves. For now, her only plan for the future is making the most of what she has and keep working every day to get better at what she does.

When you were a child, did you dream about to work in a Company like Disney? And in films like Frozen and Encanto?
When I was a child, I couldn’t even imagine working for a company like Disney. It sounded so difficult and far away that it was almost impossible to think about it. Also, being honest, as a child I didn’t even know animation was a thing; I just saw the films over and over again on my VHS, but never thought it was actually a job.

How has your life been since you finished your studies at U-tad? (both as a professional and personal view)
I feel really lucky for how my career has developed. I won’t say that I didn’t have to work really hard for all of this to come my way, but I have been given a lot of opportunities to grow and learn, and those brought me to where I am today.

And how has it been to work on the film Encanto?
Working on Encanto was a blast for me. Being totally honest, it has been the pinnacle of my career so far. I didn’t get the chance to animate a lot of shots during Frozen 2 because of my position, but now that I’m an animator I have been able to fully participate in the animation of the film and it was amazing. The heads of animation and animation supervisors were incredibly supportive and trusting, and I’m really thankful that they gave me so many opportunities to learn and show what I’m able to do. I also have to mention that the directors Byron Howard and Jared Bush made the experience so much better; they were super fun to work with and brought a lot of entertaining ideas to the animation. It was a pleasure working with them!

What was your role on this film?
My role in this film was as an animator. So I was part of the team in charge of animating the main characters in the film.

What would you want to note/highlight about this film? (both a professional and personal view)
This film turned out beautiful, not only because of the incredibly talented Animation team, but overall this film was done with so much love and it really shows. We had a lot of main characters in this film, and it made it a little bit difficult sometimes because of the amount of work this entails. But having seen the result, I can say it was totally worth it. Seeing each member of the Madrigal family represented with their specific mannerisms and personality really brings this world to life. Personally, this film brings me so much joy because, being a part of the Spanish-speaking community, it really feels close to home. I can see in the film a lot of representations of Colombian culture that are really similar to what we do in Spain, and it’s amazing to see those things included in a Disney Animation film that so many people are going to see.

What kind of suggestions would you give to those young people who want to enter the world of animation? (and especially those who want to go as far as you have)

Don’t stress too much about your goal or your animation. People need time to learn and develop their skills, and it’s not worth it to put so much pressure on yourself. If you keep working hard and doing what you do with love, it’ll eventually come to you. It’s not common for someone to get their first animation job in feature films, and even less common to work in a big company, so take your time and be kind to yourself.

Who have been your role models?
I honestly don’t have enough hands to count how many people have inspired me to get to where I am now. Of course, the first being my parents who taught me the value of hard work. There are also a lot of things I have learned from my coworkers, especially from animator Pedro Daniel Garcia Perez. He is an amazing artist and always puts a lot of heart into what he does.

I also have to mention two animators who have inspired me to grow in the Studio – not just as an animator, but also as a person. Michael Woodside was our animation supervisor during Frozen 2 when we (the Animation Apprentices) were animating crowds. A lot of the things he told us still help me to be better and especially to feel better about myself.

Also during my trainee days I was lucky enough to be mentored by animator Jackie Koehler. She was super helpful and supportive during my trainee program and it really means a lot to me that she took the chance to mentor me. But in a more general way I think a my role models are a lot of my coworkers.

Did you ever expect to work at Disney? (I mean when you started your degree, for example, or when you were a child.)
I had never ever expected to work at Disney. Especially coming from abroad, it’s not easy to access a big Studio and also having in mind the short experience I had when coming here. I’ll be eternally grateful that they have such amazing training programs in the Studio because, I’m sure I wouldn’t be here if they hadn’t taken a chance on me and taught me all they did.

What do you appreciate most about your experience or your time at Disney?
What I appreciate most about working here is being surrounded by such talent. It is really encouraging, and it pushes me to grow every day seeing the astonishing work everyone does here.
One more thing I would highlight is working on quality projects that I personally enjoy. It’s not easy sometimes to give your 100% when you are not sure about the product you are working on, but luckily for me, the films and content produced at this Studio have always been productions that I really like.

And what do you appreciate most about your time during your degree at U-tad? What do you miss more from here?What I appreciate most of my time in U-tad was and will always be the people I got to know there. It was magical to find such a great group of people all interested in the same things. It created a bond between all of us and I still keep close contact with my classmates. Also I do have to mention that one of the things I really appreciate from U-tad is that thanks to the classes I was able to meet the people who gave me my first job as a Junior Animator. They knew me from being my teachers at the Master and took a chance on me offering me to join the Studio almost right after finishing. 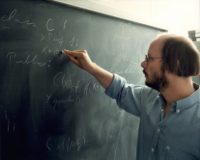